On the morning of April 20, Mumia came out of surgery, and his lawyers were told that the procedure was successful. Later that evening, Mumia called his wife Wadiya, had a good conversation, and Wadiya says that he sounds strong! While Mumia recovers during the next few weeks, we must keep building public pressure to ensure that Mumia gets the best possible treatment.

On April 20, the United Nations Human Rights Council issued a report condemning the hospital bed shackling of Mumia. Please cite this UN Statement and demand that Mumia not be shackled while recovering at the hospital!

We are demanding that the hospital officials and the Pennsylvania Department of Corrections do the following immediately:

The next days, weeks, and months will be critical in Mumia's recovery.
The conditions of his confinement contributed to his heart disease. He was held in isolation solitary for over a year, never able to exercise.  Limited to walking in his very small cell.  He was allowed off his block rarely. These were due to the covid restrictions.

As he recovers he MUST have access to his physician, exercise and a heart health diet.   Please continue to call and write to the PADOC and let them know we are watching and that "Freedom is the only treatment" 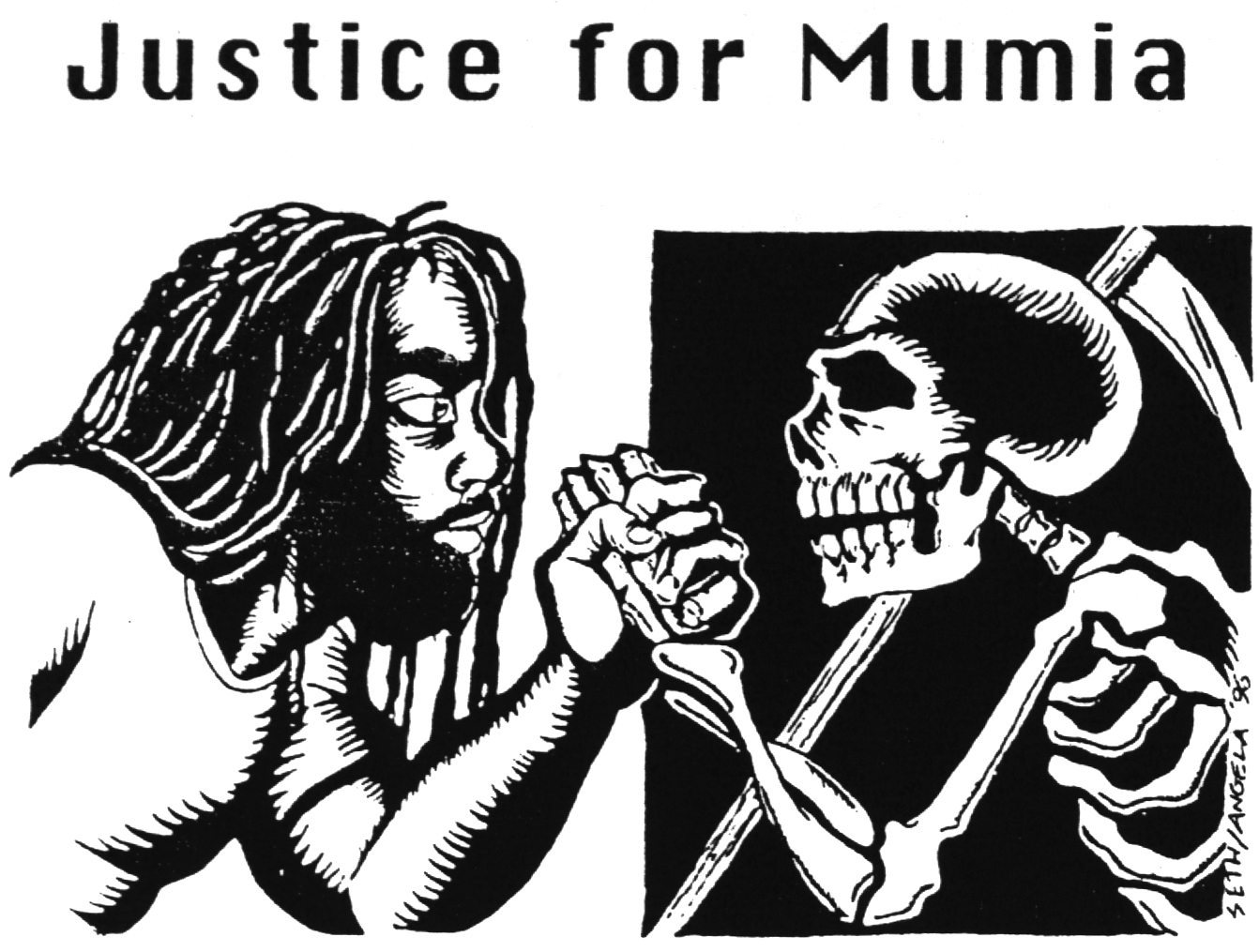 And every letter of encouragement and support goes such a long way for Mumia. Send him your blessings:

(Florida is not a misprint, letters to Mumia are sent to the mail contractor in Florida and then scanned and printed and given to him).  He will receive these in the infirmary and in his cell.  Every prayer and letter matters.
at April 20, 2021 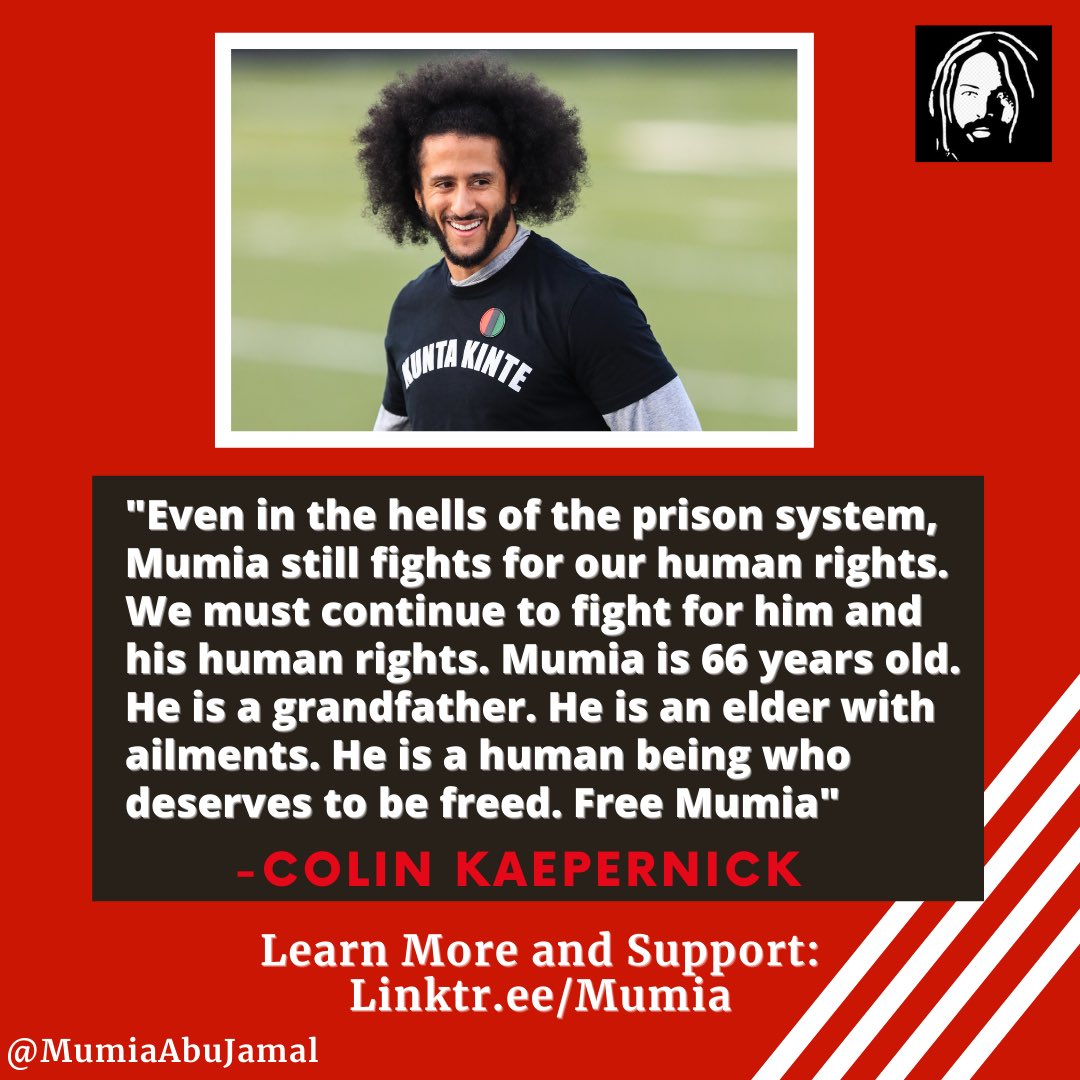 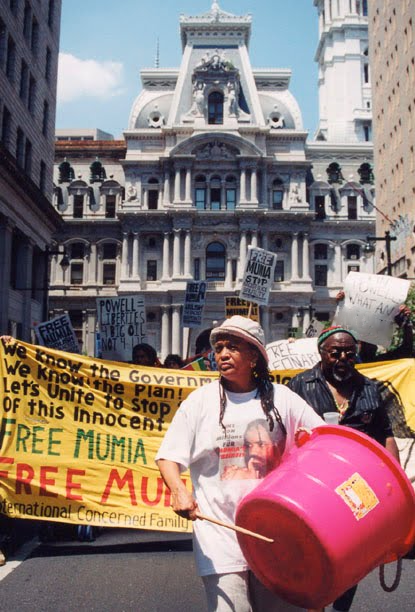 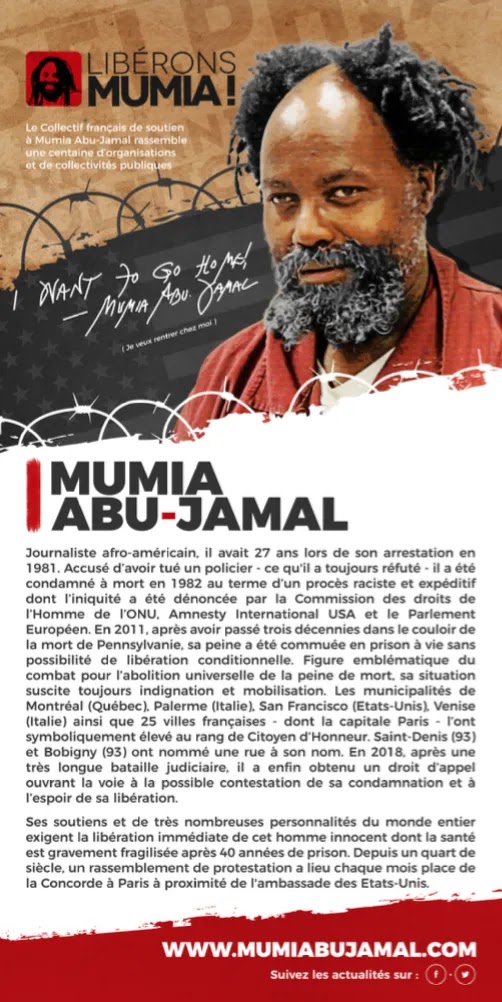